Program achieved in 2 years, is a result of significant support from UK Space Agency and a close collaboration with the European Space Agency.

November 8, London, United Kingdom – SatixFy UK is hosting a reception today to celebrate the completion of UK Space Agency backed, Prime and Beat activities implemented under the Core Competitiveness element of ESA’s programme of Advanced Research in Telecommunications Systems (ARTES). SatixFy is pleased to announce the availability of functional samples of its Prime – digital-beam-former and Beat – Ku-band RFIC (Radio Frequency Integrated Circuit) ASICs starting today. In addition to the ASICs, SatixFy is pleased to announce availability of Prime and Beat Evaluation Boards (EVBs) and a Micro Antenna Test Range (AMTR), used to demonstrate system capabilities and design products based on those chips. Together, these new chips can create new generation of flat electronically steered antennas, with multiple beams and no moving parts, at sizes and price points that were never seen before. 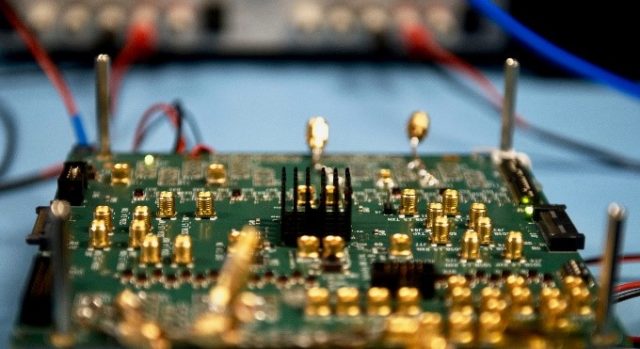 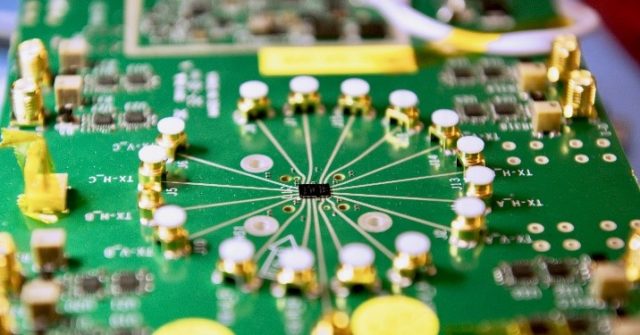 SatixFy will be launching a series of products based on Prime and Beat chips starting Q1 2019: antenna for short messaging mobility applications which can handle IP and has the smallest form factor in the market; In-flight connectivity and COTM (Communications On The Move) terminals capable of multi-beam and LEO satellites applications.

Less than 3 years ago, SatixFy UK was an idea in the mind of its entrepreneurs and a paper proposed plan. “I met SatixFy late 2015 and was impressed with their technology and will to take on such challenges”, says Terry Coxall, then DIT Space Specialist, “and was excited taking them through the appropriate entities in the UK”.

Catherine Mealing-Jones, Director of Growth at the UK Space Agency, said: “In a short space of time, SatixFy has become an important part of the UK space sector, creating high quality jobs in Farnborough and Manchester and developing world leading space technology. It is an excellent example of how we can bring investment to the UK and support innovative space companies to become really successful here, whilst driving export opportunities.”

“The UK Government’s Industrial Strategy sets out a clear vision for the UK to become the world’s most innovative nation and we are working with industry to capture 10% of the global space market by 2030.”

“We are pleased that SatixFy achieved this important milestone and is moving fast to fulfill their ambitions. The activity demonstrates the added value of ARTES CC in supporting Industry to develop innovative and competitive products”, says Domenico Mignolo, Head of Ground Segment Technologies & Product section at European Space Agency.

“SatixFy has been able to rapidly solve an issue that has remained one of the great challenges facing the satellite industry,” says Fabrizio de Paolis, Ground Segment Engineer, European Space Agency. “There is now a concrete opportunity for the satellite industry to enjoy high-volume production and consequent low costs per unit for a variety of applications.”

SatixFy submitted its proposal in April 2016 and started its operation in August 2016 with 27 new employees on board from its first day.

“It is remarkable what we have been able to achieve in just over 2 years”, says Yoel Gat, CEO of SatixFy group. “The ex-Qualcomm group we hired with additional key employees headed by Moche Cohen did an astonishing job. Having 2 new chips and EVBs ready in 2 years is a world class achievement. I want to thank everyone who helped us achieve it”

Prime is the first commercial digital beam former ASIC implementing true time delay for satellite communications. It intelligently combines the radiation pattern from 32 elements simultaneously, entirely in the digital domain and could be cascaded to any size of antenna. Prime beam former is at the heart of electronically steered antennas and can point, track and manage multiple beams at multiple polarizations simultaneously. 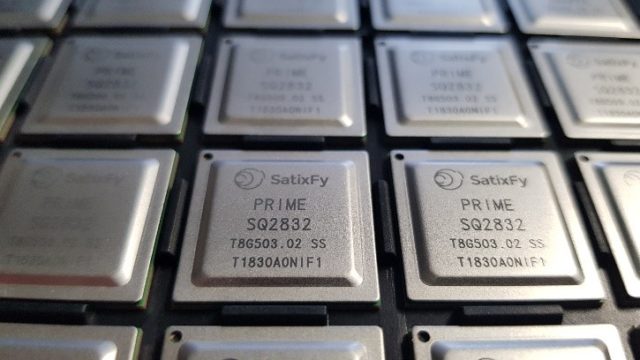 Beat is a Ku-band RFIC supporting 4 antenna elements. Inside the Beat SatixFy implements 4 independents transmit and receive channels at any polarization. The chip realizes 8 PAs (Power Amplifiers) and 8 LNAs (Low Noise Amplifiers), thus making the implementation of Electronically Steered Antenna straight-forward, low power and low cost. It interfaces to the Prime on one side and directly to the antenna radiating elements on the other side. 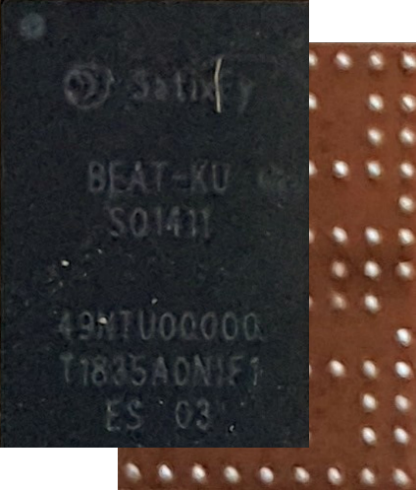 The design ingenuity lies in the fact that the number of chips can be increased in line with the number of antenna elements, making the architecture fully modular (the same ‘building block’ can be used for multiple applications) and scalable. This innovation not only has immediate benefits for the business, but has wide-reaching implications in its everyday application; facilitating the development of products and services which were not feasible until today.

“We are excited with the opportunities this technology open” says Yoel Gat, CEO of SatixFy group. “For the first time in the satellite industry we can offer complete low cost integrated terminals and can truly address mass markets like connected cars and IoT. Our ASICs work in tandem to provide functionality such as lower power and higher performance”.

SatixFy’s celebratory event will be held on Nov 8th at the Churchill War Room in London and will highlight 28 months of exciting growth in the UK – in both Farnborough and Manchester.

About SatixFy
SatixFy designs next-generation satellite communication systems based on in-house developed chipsets. With locations in Israel, UK and Bulgaria, SatixFy develops a line of satellite communication SDR modems and Electronically Steered Multi-Beam antennas that support the most advanced standards, such as DVB-S2X and RCS2. SatixFy’s ASICs radically increase system performance and reduce the weight, size and power requirements of terminals, payloads and gateway equipment. With satellite communication expertise and full development capabilities, the company delivers the industry’s smallest VSATs and multi-beam electronically steered antenna arrays for a variety of mobile applications and services such as Connected Car, IoT, consumer broadband, in-flight-connectivity, communication payloads and more.