The ESMA antenna can serve both as a stand-alone IoT terminal or a building block for a larger sized antenna and is currently available in 11-12 GHz receive and 13.75-14.5 GHz transmit frequencies. SatixFy is in the final stages of developing a complete terminal with an integrated SatixFy modem based on its ASIC bringing complete acquisition and tracking capabilities. This terminal will be critical in the evolving Small Satellites eco-system requiring tracking multiple NGSO satellites in a constellation and transferring high data throughputs for imaging and communications.

“We are proud to bring this unique and powerful antenna to the market in such a short time,” said Yoel Gat, CEO of SatixFy group. “We have developed a 256 element building block that can scale to very large arrays with large bandwidth without significant degradation. This antenna is a part of our complete terminal supporting multi-beams with our own modems and control of hardware and software. We are currently demonstrating our antennas to interested customers and a demo on a moving car is just weeks away.“

SatixFy’s antenna uses in-house developed chips – Prime and Beat. Prime is a Digital Beam Former ASIC, employing True Time Delay technology for 32 antenna elements, capable of processing over 2 Tbps of data. Beat is a Ku-band RFIC including separate up and down converters and LNA/SSPA for any polarization for 4 antenna elements. The antenna is capable of simultaneously pointing, tracking and managing multiple beams at multiple polarizations. Using digital beam forming technology allows the antenna to handle wide bandwidth using a large number of antenna elements and without beam squint. Due to its unique digital features, nulls can be directed towards specific interferers. 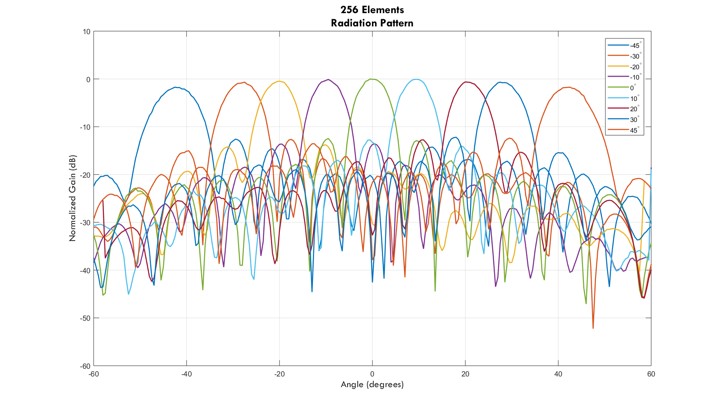 About SatixFy
SatixFy designs next-generation satellite communication systems based on in-house developed chipsets. With locations in Israel, UK and Bulgaria, SatixFy develops a line of satellite communication SDR modems and Electronically Steered Multi-Beam antennas that support the most advanced standards, such as DVB-S2X and RCS2. SatixFy’s ASICs radically increase system performance and reduce the weight, size and power requirements of terminals, payloads and gateway equipment. With satellite communication expertise and full development capabilities, the company is designing the industry’s smallest VSATs and multi-beam electronically steered antenna arrays for a variety of mobile applications and services such as Connected Car, IoT, consumer broadband, in-flight-connectivity, communication payloads and more.